Sample Video to see them in motion....

YouTube Link...
http://www.youtube.com/watch?v=L8lmmQq6nXE&feature=player_embedded
Posted by Sharon In A Volvo at 4:14 PM No comments: 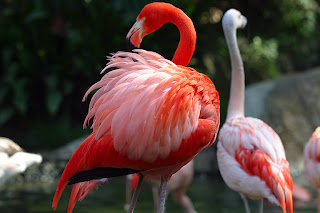 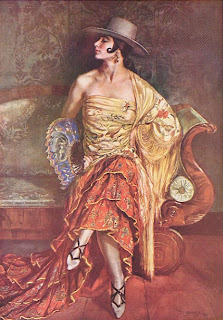 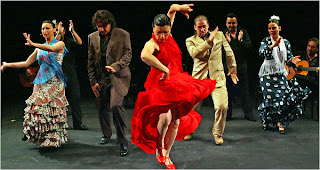 Soledad Barrio & Noche Flamenca
About Noche Flamenco
award winning
most sucessful touring company
formed in 1993, regularly tours the globe
regular seasons in NYC
(note: once seen in NY was brought to Lafayette, LA for this show?!)
critics hail as transcendent & deeply emotional performances
recognized as the most authentic flamenco touring co in the field
bringing to the stage the essence, purity & integrity of one of the world's most complex,
mysterious art forms w/o the use of tricks or gimmicks
all aspects of flamenco are interrelated & given equal weight in the presentation;
dance, song & music - creating a true communal spirit w/in the company...
the heart & soul of flamenco
(see their webpage...
http://www.nocheflamenca.net/engindex.php )

January 26, 2011 7:30 pm
"Fiery Footwork. Virtuosic Guitar."
PASA & Chevron presented at Heymann Performing Arts Center
"If they can warm up NY, they can Set Acadiana on Fire" 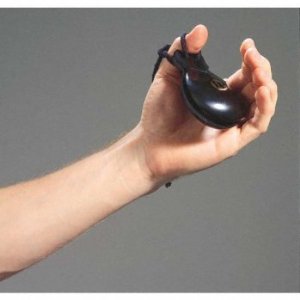 Castanets in hand (not in this performance?!)
Note: arrived early, tried to sit in open area upstairs outside balcony doors
& listen to the speaker with his slide show, just could not hear...
watching slides in the end & noticed the castanets in hands were missing -
curious that when in Spain we had watched a Flamengo show with them,
as well as fans & long ruffled skirts & large black combs in the hair...
all of which I imagine is more traditional than this evenings performance,
where all of these were missing.... 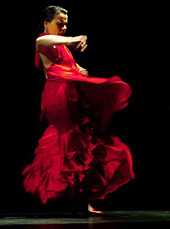 Soledad
Soledad Barrio - Dancer
born in Madrid
performed solo & with many other companies
thru out Europe, Japan & North/South America
with many artists & has won awards from over 12 diff countries
for her excellence in dance recently received a "Bessie" award
for Outstanding Creative Achievement
founding member of Noche Flamenca
married to the Artistic Director
have 2 daughters
Note: that last part blew me away, if you could see her dance & her all over tone,
you'd wonder how could she have had 2 babies & look/move like this still
link to YouTube Video, to see for yourselves...
http://www.youtube.com/watch?v=L8lmmQq6nXE&feature=player_embedded
(note: will post separately - since don't know how to add w/in the text here...) 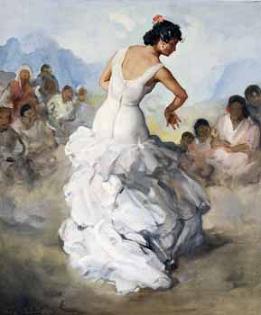 Bailaora
painting by Franciso R. Sanchez Clement
Note: I use to have a white ruffled dress like this, my G-ma (bless her ever loving stitchery heart) made me a Flamenca dress out of old white sheets for an Elementary School Class Dance Presentation - I loved that dress, I cannot dance...no matter, I could pretend to my hearts content & did?!
Brief History of Flamenco
...conditions of Andalucian (region in Southern Spain) singer of the past made it inevitable that he/she should dwell on the more tragic aspects of existence...feelings inherent in the cante (song) are universal & timeless...represent a link between past & present.
...strong musical tradition documented from ancient times...thruout centuries Andalucia absorbed peoples of different cultures & backgrounds...As far as flamenco...most significant arrival...15th century...tribes of nomadic Gypsies settled in southern Spain.
Historian Felix Grande writing about life in the 15th, 16th & 17th centuries stated: "...if we do not relate the music...to brutality, repression, hunger, fear, menace, inferiority, resistance & secrecy, then we shall not find the reality of cante flamenco...it is a storm of exasperation & grief."
...earlier records suggest flamenco was at one time unaccompanied, it is hard ...to imagine flamenco w/o a guitar....underlying rhythmic structure...the compas...complex syncopation against the compas, w/the cante being sung almost entirely off the beat & the guitarist maintaining the rhythm, adding further to the syncopation...the singer is at liberty to improvise...guitarist (toque - guitar playing) may not beforehand...
...guitar has an exceptionally long history in Spain...the lute...popular in the rest of Europe...rejected in Spain as a foreign intrusion since it was of Arab origin...(guitar) most suited to the accompaniment of ballads by strumming...lute...picked more delicately...cheaper (guitar) to produce & more robust.
...19th century...2 types of singing in Andalucia...cante gitano of the Gypsies & the cante andaluz...
2 styles together...resulted in the cante flamenco as it has come to us-the end product being...greater than the sum of its parts.
...wail of the cante jondo (deep song) resembles the mournful chant...it't poetry has the existentialist angst & philosophical questioning common in Arabic poetry...the dance...suggests the repetitive key symbol prevalent in Islam, the trance inducing rhythms of Africa...
...establishments appeared...dedicated wholly to the performance of flamenco...known as cafes cantantes, coffee theatres, where refreshment...enjoyed while watching the performance...heyday passed by the 1920's...
Dance has always been associated with flamenco...difficult to imagine this music w/o movement...the raw un-choreographed dances of Andalusian Gypsies...has maintained the art form in its most creative essence...
link to their webpage, to read it for yourselves...
http://www.nocheflamenca.net/engflamenco.php
﻿ 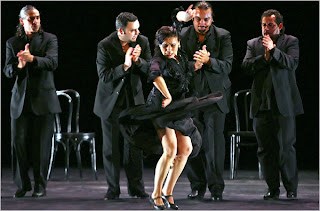 photo by Andrea Mohin/The New York Times.com
Program -
performed by the company at Heymann Center...
Solo de Guitarra
ALBA
Solea por Bulerias
Seguiriya
- Intermission -
Refugiados
Solea
Esta Noche No Es Mi Dia
*program subject to change
(note: it was, but I cannot tell you which number they skipped & which they added)
Spectacular Images that I wish I could of Photographed or Video'd from this Performance...
Lighting - in spots or from off stage, right or left, as if in a dimly lit cafe...
Staging - groups of chairs or canes...
Sounds of clapping, by 2 hands that sounded like many...
Guitar with clapping & shoe heels tapping the wooden stage floor & staccato of voices singing or once canes against the wood...
Capturing the full out emotion of the singing along with the tight movements of both male or female dancers, all w/o me knowing much Spanish & it was all in Spanish...
Soledad - was once told by a Portuguese about this feeling, solitude or loneliness, looked it up on Wiki, tried to comprehend it...but watching this evening of performance of Soledad Barrio y Noche Flamenca explained it all very well...(added bonus that her name is Soledad - which I didn't know it could be used as a name until now)
Soledad, the word, from Wikipedia link...
http://en.wikipedia.org/wiki/Soledad
Soledades, the poem, by Luis de Gongora, from Wikipedia link...
http://en.wikipedia.org/wiki/Soledades
Gongora: Soledades...the book...LookInside...pag xii...Synopsis...
http://www.amazon.com/Gongora-Soledades-Luis-Gbongora-Argote/dp/1853995339#reader_1853995339
Synopsis
In the 1st Soledad a young man - a 'stranger' or 'pilgrim' - is shipwrecked, after being banished (from the Court?) by the woman he had dared to love. He lands on a remote shore.  The poem describes his journey through an idealised countryside.  He stays the night with some goatherd & next day meets a large party on their way to a wedding. He accompanies them, & the Soledad ends with the celebrations.  The narrative is interrupted at various points: by the stranger's verses in praise of country life, by the old man leading the wedding party, who delivers a tirade against overseas greed & exploitation, & by songs at the wedding.
The 2nd Soledad follows a similar pattern, but here the journey is by boat along a seashore & the stranger spends a night with a family who live on an offshore island.  Again there are 2 interruptions: by the young man, by the father of the family & by 2 of his daughters' suitors.  The stranger continues by boat the next day & sees a palace on the shore, from which a hawking party is just setting out.  The hawking is described in detail & the poem ends, not with the bang of the 1st Soledad, but with the whimper of chicks running to the hens for protection from attacking raptors.
^^ ^^ ^^ ^^ ^^ ^^ ^^ ^^ ^^ ^^ ^^ ^^ ^^
Posted by Sharon In A Volvo at 3:20 PM No comments: